Hoffa-Hall are playing politics with our contracts and Teamsters are paying the price. 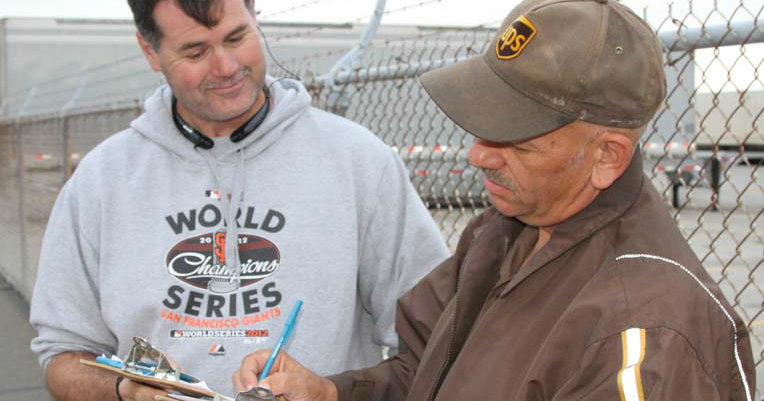 It was an odd move for a keynote speech at the Unity Conference, an event that’s supposed to be about building Teamster unity and power.

It was also just about the most hypocritical thing I’ve ever heard out of the Hoffa administration.

“There’s a group out there that has been playing politics with Teamster contracts. I’m not going to say their name but it begins with ‘T’ and ends with ‘U’,” Hall said.

But it’s Hoffa-Hall, not TDU or Teamsters United that’s been playing politics with our contracts.

The facts surrounding the UPS contract speak for themselves.

Sean O’Brien replaced Ken Hall as the Package Division Director right after the 2016 IBT election. Sean immediately reached across the political aisle to local union officers from the 2016 Teamsters United Slate, including Fred Zuckerman, myself and others.

We had had differences with Sean. But we knew that if we were going to win a strong UPS contract, we needed to work together.

Coming from Local 251, this is a no-brainer. Local 251 goes all-out every day. We stand shoulder to shoulder with every Teamster and every union member, not just the ones in our local.

If there’s a picket line, organizing drive, or labor-community rally, Local 251 answers the call. I know Fred Zuckerman and Local 89 are exactly the same way.

Sean promised our members in Local 251 and Local 89 would have representatives on the National Negotiating Committee. We started to work with Sean to prepare a united contract fight.

Hoffa and Hall pulled the plug on this unity as fast as they could. Hoffa fired Sean from the Package Division. His replacement, Denis Taylor, divided the Negotiating Committee and labeled some of us “opposition appointments.”

When we opposed concessions and were candid with members about our positions, Taylor threw us off the negotiating committee.

While Taylor was enforcing an information Brownout, TDU was informing members with a national grassroots contract campaign.

Sean led a united contract campaign across New England Joint Council 10 with conference calls and coordinated actions in every local.

Local 251 members participated in both of these efforts. It worked. Where there was a grassroots contract campaign, more UPSers voted on the contract—and more members voted against givebacks.

Hoffa and Denis Taylor were more concerned with defeating TDU and UPS Teamsters United than they were with standing up to the company.

When a majority of UPSers Voted No, the Hoffa-Hall administration stood with UPS and implemented a concessionary contract.

Now, Ken Hall expects members to believe TDU and the UPS Teamsters United campaign were the problem? Give me a break.

When members speak up and demand a fair contract, that’s not ‘politics.’ It’s unionism.

The old attacks against TDU are tired—and they are falling flat. TDU’s record in the UPS contract fight speaks for itself.

Members and local officers are coming together across old political divides to end Hoffa-Hall’s politics of division, givebacks and weakness.

A stronger TDU can inform, organize and unite members for change—just like we did during the UPS contract.

By Matt Taibi. Matt is the principal officer of Teamsters Local 251 in Rhode Island and Massachusetts.