TDU is going all-out with the O’Brien-Zuckerman Teamsters United campaign to win new leadership for our union. Why TDU will continue as a rank-and-file movement after the election is over. 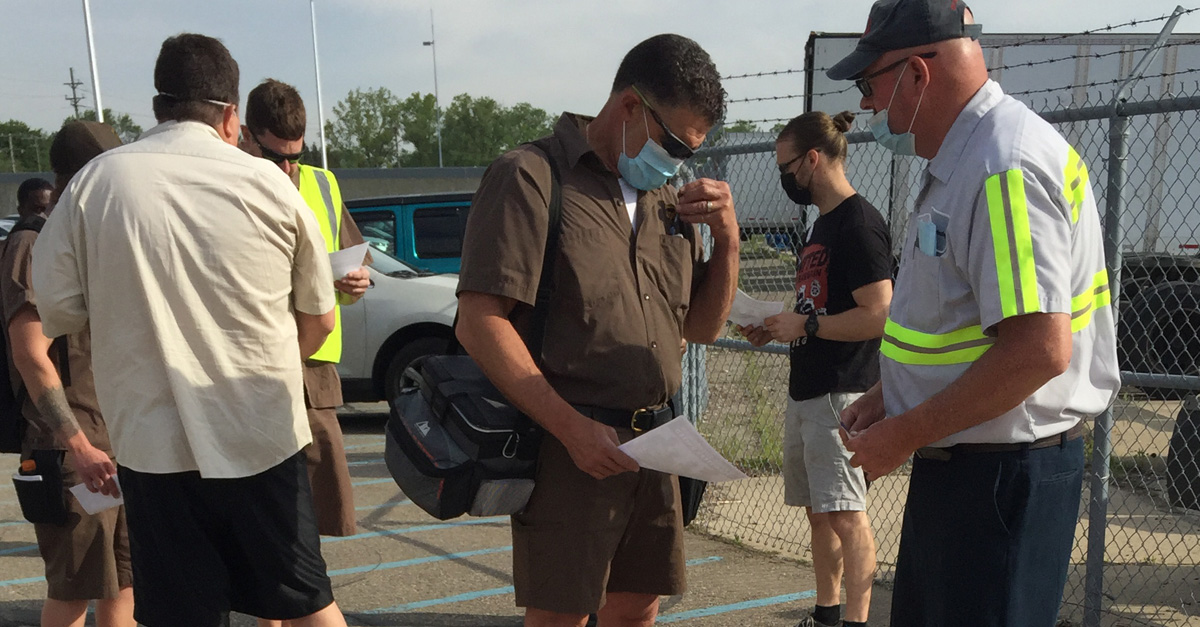 TDU is going all-out with the O’Brien-Zuckerman Teamsters United campaign to win new leadership for our union.

Two decades of Hoffa has weakened our union. We need new International Union leaders who will stand up to employers and mobilize members.

Our union faces huge challenges, from winning good contracts, to rebuilding union power in trucking, to reversing concessions at UPS, to organizing nonunion competitors like Amazon.

None of our problems can be fixed overnight. Electing new leadership at the top of our union is a start, but it’s not enough.

We can defeat bad leaders—and we will do that by defeating Hoffa’s handpicked Vairma-Herrera Slate.

But to accomplish our goals, what our union needs is more leaders at every level: from local union leaders who are running strong, dynamic unions to stewards and rank-and-file activists who are building shop floor power.

That’s why TDU isn’t a campaign group that disappears when the election is over. We’re an educational organization that trains and networks Teamster activists. We’re a movement for rank-and-file power.

More Than a Campaign, A Movement

TDU and the Teamsters United movement came close to defeating Hoffa in 2016, winning 49 percent of the vote.

We didn’t shut down or wait until the 2021 election. We kept organizing. TDU members got involved in local contract fights and ran for office in local union elections.

We built a grassroots contract campaign at UPS, and we built new alliances.

TDU has never been about personalities. We are strategic. We move beyond past disagreements to build principled partnerships and coalitions that build more power for Teamster members.

Following the 2016 election, TDU worked with Sean and Fred to oppose contract givebacks. We built unity in action in the Vote No movement at UPS.

If we do our job, the O’Brien Zuckerman Teamsters United Slate will win this fall. As our International Union leaders, they can put the power of the IBT to work for the members.

But IBT campaigns can only succeed if they are backed up by involved members. After the election, TDU will continue to mobilize and unite activists in different industries to mobilize from the bottom up.

Some local union officials will stand with the members and a more militant direction from the IBT, and some won’t. That’s where members need to step up.

TDU will continue to help Teamster activists run for local union office and build power for members after they’re elected.

A Proud Past, A Bright Future

Teamsters are on the verge of slamming the door on the Hoffa era and transforming the Teamsters Union.

We would never have gotten this chance if TDU had not been in the fight for all these years.

TDU members won the right to vote for International Union officers. That’s why every Teamster will get a ballot and a vote this fall.

TDU fought for decades for majority rule on contracts. It used to be that two-thirds of the members had to vote no to reject a contract— no matter how many members voted.

In 1987, we won a partial victory on majority rule in contract votes, but old guard officers slipped in the two-thirds rule as a loophole in cases where fewer than half the members voted.

Thirty years later, we worked with O’Brien-Zuckerman Teamsters United to defeat the two-thirds rule and win majority-rule on all contract votes at the Teamster Convention.

The vote at the Teamster Convention in June was the culmination of decades of organizing on this issue, since TDU’s founding in 1976.

All Out to Win this November

Teamster ballots will mail on October 4 and be counted starting on November 15.

Between now and then, we need to have a laser focus on defeating the Hoffa-Vairma forces and electing the O’Brien-Zuckerman Teamsters United Slate.

Our job is to educate, inform, unite and get out the vote.

Winning this election and increasing member turnout will send a message to employers and Teamsters alike that we are rebuilding our union’s power.

The weekend before the ballots are mailed, we will hold a national gathering of rank-and-file activists at the TDU Convention in Chicago, October 1-3, to coordinate our final plans to get out the vote.

We will also hold face-to-face strategy discussions about what comes next for our union and our movement.

If we do our job right in this election, we will win a historic victory this November.

We can throw back a beer or a pitcher and celebrate. Then it’s back to work, educating, involving and uniting members, and building rank and-file power.

If you agree that our union needs new International Union leadership and rank-and-file power, then TDU is the place for you.

Make your plans to attend the TDU Convention. Join TDU or renew your membership today. A stronger union starts with each one of us.