Vote Turnout Is No Accident

Low turnout helped Hoffa win a squeaker. But the results showed the formula for boosting turnout and winning the next election. 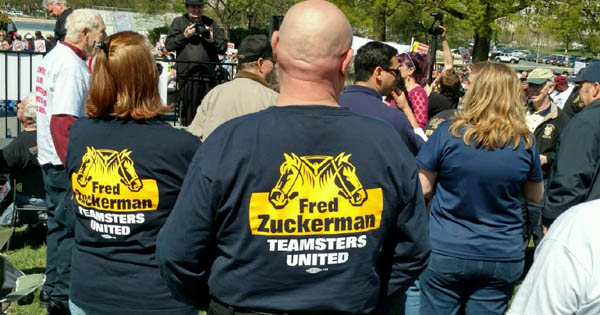 We’re all frustrated with the turnout: 213,000 Teamsters voted; one million did not.

It can be tempting to compare low turnout to the weather. Everyone complains about it, but nobody does anything about it.

But the election results show otherwise. We can boost turnout—and when we do, we win.

In 65 local unions the turn-out exceeded 25%. Those locals accounted for 55,216 votes—more than one-quarter of all the votes cast.

And where turnout topped 25%, Fred Zuckerman cleaned up, winning 62% of the vote.

The higher the turnout, the better Teamsters United did. In locals where 30% or more of the members voted, Fred won 65% of the vote.

How to Boost Turnout

Five years ago, only 17% of the members in Arizona Local 104 voted. This time, Local 104 members formed a campaign committee and worked a plan. They leafleted the gates. They phone banked and texted members to remind them to vote. They increased voter turnout to 25% and won their statewide local by 63%.

Compare this to neighboring New Mexico Local 492. The two unions share many of the same contracts and same issues. But there was no campaign committee in New Mexico. There, only 17% of members voted.

In every one of those local unions, the officials backed Hoffa, but rank and file activists worked a plan for turnout, and won big.

The lessons are clear. First, when voter turnout goes up, we win.

Second, raising turnout to the level we need to win is not an impossible task. We all want every Teamster to vote—or at least half. But, even boosting voter turnout to 25% to 30% is enough to win.

Third, low voter turnout isn’t inevitable. When we reach out to members, they vote in higher numbers.

Blaming members who don’t vote won’t solve the problem. Organizing in your local and area, with strategic help from TDU, can make all the difference. 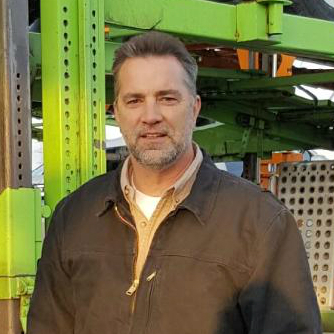 “We started early, built a group from different companies, and campaigned at every worksite in our local. We collected phone numbers and phone banked all those numbers after the ballots mailed out. Our hard work paid off.

“Local 414 turnout increased from 26% to 36%. Members voted 66% for Fred. We’re going to keep building on members’ appetite for change—whether that’s fighting contract concessions or gearing up for the Local Union election.”