Building from Below to Win at the Top

Teamsters are coming together to share organizing skills, form teams who are running for office, and make plans for winning new Teamster leadership. 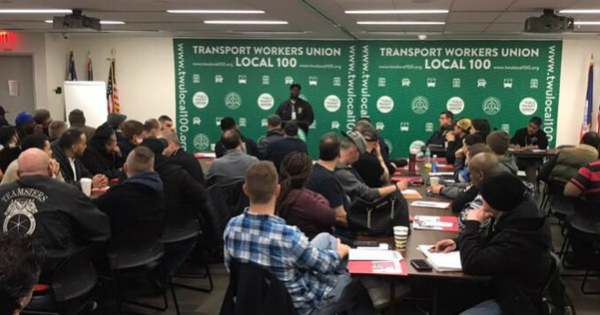 More than 150 Teamsters turned out for a day-long TDU conference in New York City, attending workshops on enforcing the new UPS contract, being an effective steward, and TDU’s role in transforming the Teamsters. Forty-five members joined TDU!

Forty Teamster members representing a variety of industries, from UPS to beer distribution to hospital workers, came to a day-long event in Providence on May 18. Following workshops, the day ended with a lively discussion on our history and TDU’s plans to rebuild our union from the bottom up.

Organizing meetings and educationals are upcoming in various areas. Interested in holding one near you? Contact TDU.

Teamster reformers from Chicago and across the Midwest are attending the Chicago Education Conference June 23 at the Double Tree/Hilton in Oak Brook, Il. Featured speakers include Fred Zuckerman, John Palmer, and Juan Campos. Register here.

African-American Teamsters will hold TDU’s first national Black Leadership Conference, July 13-14 in New York City. Members, stewards, and local union officers will share organizing and leadership skills and strategize how to empower Black Teamsters at all levels of the union and make the Teamsters a stronger ally of racial and economic justice movements.