Stepping Up for Teamsters United

Here’s what members have to say about what they’re doing to build the Teamsters United Campaign and join the fight for new leadership in our union. 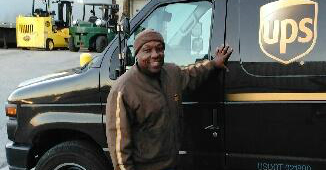 REACHING OUT BEYOND OUR LOCAL

“In Local 413, our members just elected delegates for Teamsters United by white ballot. But our work isn’t done—we need to get the word out across Ohio. During the petition drive, we petitioned at those locals. We’re going to help our brothers and sisters in other locals campaign to elect delegates to nominate Teamsters United and retire Hoffa and Hall.”

“The more we educate the members of the hypocrisy of the good old boys in office, the stronger we become. We’ve started reaching out all across the local. Our delegate slate will stand for democracy and unity, not the old boys club. It’s time for change in the international Union, the members are the Union, and we will not be dictated to by corrupt officials!”

“Tim Sylvester, Fred Zuckerman and John Palmer came to Nashville and we had nearly 100 members come to meet them—and each other. Then we got to work continuing to build momentum, and I’ve been selling raffle tickets to raise money and raise awareness. When members buy tickets they’re asking questions and getting more involved in the campaign. It’s easy to raise $1000 and get hundreds of members talking about Teamsters United when it’s for leaders you believe in.”

“UPS drivers in downstate Illinois are ready for change. We got a group of feeder drivers together for a conference call, and we were impressed with what the candidates had to say. Now I’m ready to get involved in my local’s delegate election to support Teamsters United. We’re also raising money—selling raffle tickets and getting members talking about the election. A lot of members have lost faith in the process. We have to show them change is possible.”