Teamsters for a Democratic Union wishes all Teamster brothers and sisters and their families a Happy Thanksgiving. Here's what we're especially thankful for this year. 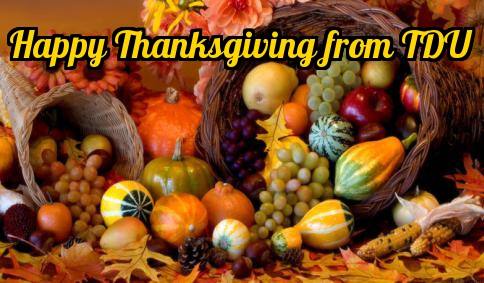 Momentum behind the Teamsters United campaign is growing everyday. The 2016 IBT election offers Teamsters the biggest opportunity in decades to make real change in our union. Our union needs new leadership committed to building power with its members and taking on corporate greed—that's the Teamsters United vision and we're proud to be partners in this exciting coalition.

2)  Members Say NO to Concessions

Carhaul Teamsters are just the latest key Teamster constituency to say enough is enough and reject concessions negotiated by the International. In every national contract negotiated in recent years, Hoffa-Hall have come up way short—but thankfully, members had other ideas and more Teamsters are standing up to demand the better pay, benefits, and working conditions we deserve.

3)  Retirees Standing Up to Protect Their Pensions

Threatened with the worst pension cuts in U.S. history, thousands of retirees and active Teamsters have joined together in a growing movement that is putting the national spotlight on the need to protect retirement security. From local educational meetings and lobby efforts, to regionally coordinated rallies and mass actions in D.C., the movement is picking up steam and gearing up for more in 2016.

From grocery Teamsters in California to part-time workers at UPS, we are helping grow key struggles to win better benefits, a higher minimum wage, and job security for hundreds of thousands of members across the country.

It is an honor and a privilege to be working with so many good Teamsters organizing for dignity and power on the job, and for a stronger, more democratic union. TDU is the largest, longest-lasting movement of it's kind anywhere—all due to the solidarity and commitment of its members.