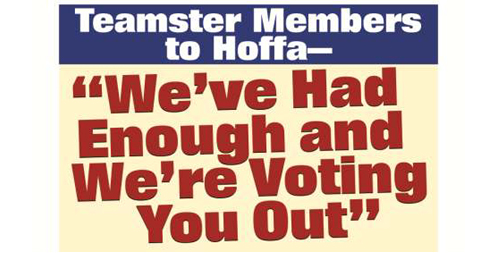 TDU salutes the 1,400 Teamster members of Local 202 on their courageous and united stand at Hunts Point Market. A tentative agreement has been reached and a contract vote will be held on Saturday, January 23.

The 2021 Teamster election is here and it's crunch time. Election rules require TDU to use verified funds from members in the Teamster election. Without an infusion of verified funds, TDU risks being sidelined from this critical International Union election. We can't let that happen. Will you extend or renew your membership now and help TDU build the campaign war chest we need to transform our union?