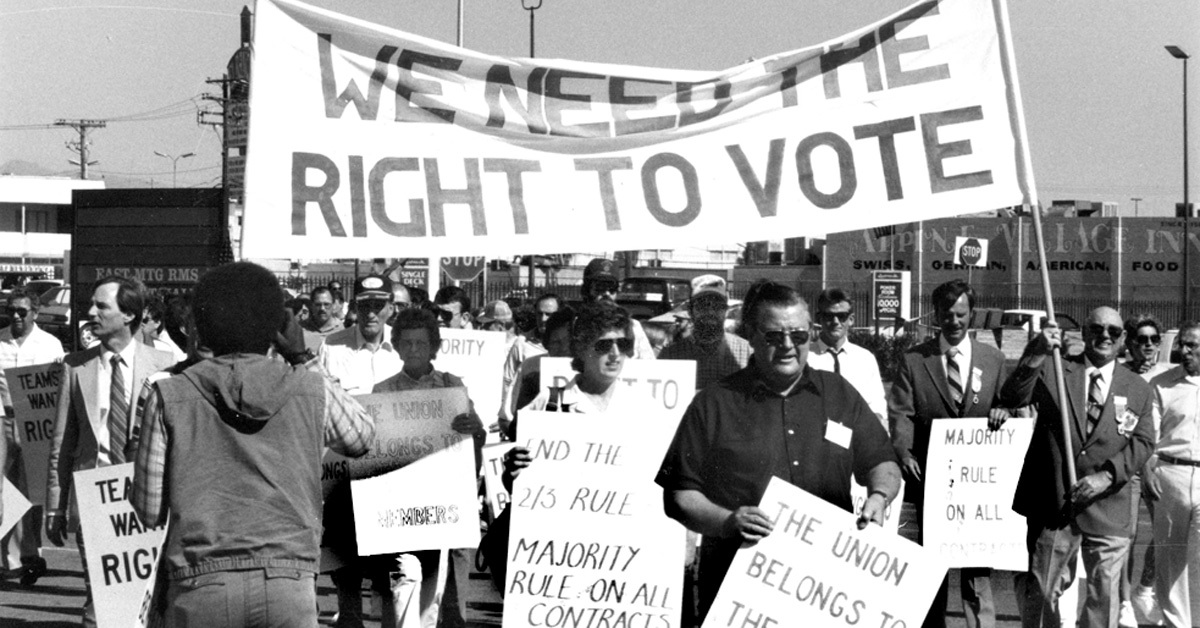 Teamsters & The Right to Vote

September 25, 2014: Jimmy Hoffa disappeared in 1975 and the Teamster leadership, already heavily penetrated by the mob, became more and more a tool of employers.   In response, members started to demand the Right to Vote on International officers. Teamsters for a Democratic Union (TDU) took up the challenge, and in 1989 Teamster members beat the mob and won the Right to Vote in International Union elections.   How did a grassroots movement of working Teamster beat the odds and make history? First, we...
Get Advice Join TDU Donate