Fighting Back in the New Teamsters

Teamsters elected International Union leaders who will stand behind the members. But it’s up to members to stand up for ourselves if we want power on the job and in our union. 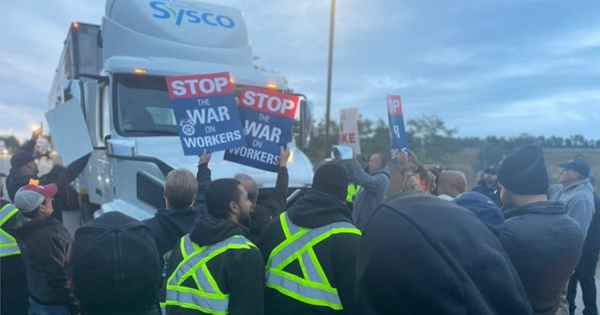 It’s happening more and more. Members are fighting back in ways large and small—and they are winning.

Members voted overwhelmingly to elect new leadership in the 14,000-member Local 135, one of the largest locals in our union. Rank-and-file organizing to transform our locals and elect leaders that put members first. That’s the new Teamsters Union.

Members are stepping up to learn their rights and how to organize for change. Thousands of Teamsters are participating in workshops and organizing meetings with TDU. Then they’re taking action.

Read their stories. Get inspired. Get involved. It’s a new day in the Teamsters, and what we make of it is up to us.