The Fight Is On

With Hoffa discredited and nearly defeated, Teamsters United builds toward the future. 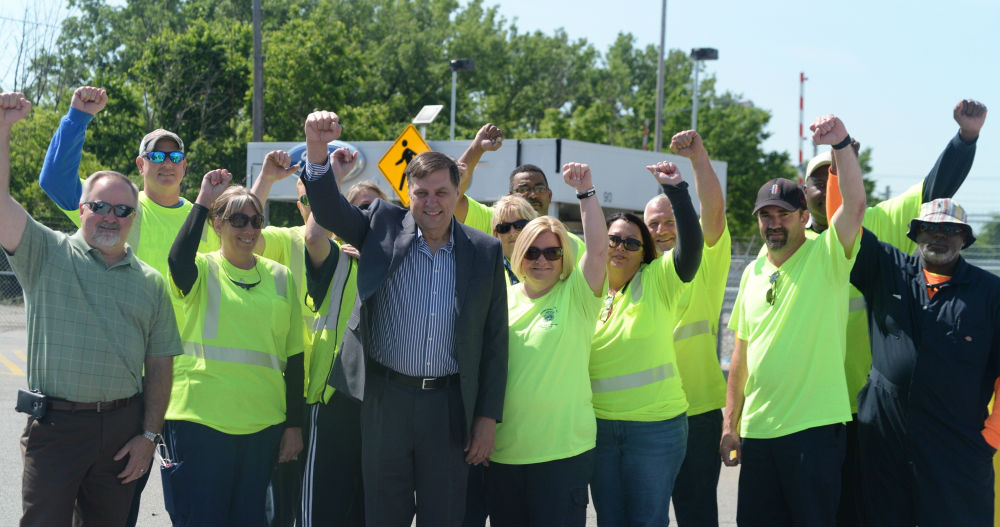 Rocked by corruption scandals, discredited by contract givebacks and pension cuts, and rejected by a majority of Teamster voters in the U.S., the Hoffa-Hall regime is losing its once powerful grip over our union.

“Teamster members have started a revolution—and we aim to finish the job,” said Fred Zuckerman.

Six Teamsters United leaders have been elected as International Union Vice Presidents. The other races are being challenged in a protest that charges Hoffa-Hall with using union resources to obstruct corruption investigations until after the election.

The Teamsters United coalition with Teamsters for a Democratic Union is moving ahead.

“We built a national network to turn out votes. We’re going to use that same structure to fight for good contracts and help members run against local officers who side with Hoffa against the members,” Zuckerman said.

TDU analyzed the voting results to learn for the future. The vote count shows that Teamsters in some strategic sectors—including airline, rail, freight, and UPS—voted for change. That’s a foundation to build on.

The strongest margins for Teamsters United came where local officers are standing with the members and members have organized with TDU to fight contract givebacks and reform their local unions.

The biggest obstacle to defeating Hoffa was low voter participation. But the local-by-local results show where TDU and Teamsters United volunteers organized, more members voted and they voted for Fred Zuckerman.

Members are fed up. It takes organization to turn anger into change. We’re up to the task. The fight is on.